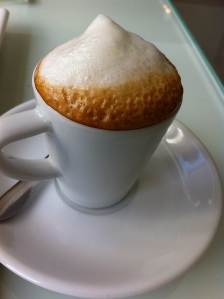 Caffeine is a classifield drug, its effects are what makes people come back to coffee everyday. The truth is we only think we need coffee. According to Dr. Peter Martin, professor of psychiatry and pharmacology at Vanderbilt University’s School of Medicine, after 15 year of studies he points towards it’s more a physical dependence rather than really a chemistry addiction, although its absence effects can shows mood alterations and migraines. If you dink coffee regularly and one day not drink it for one day, you might develop headache or might really want that cup of coffee. But you will not rob a bank or kill your wife in order to get that cup of coffee. In other hand.. Harvard School of Public Health study found that long-term, moderate coffee drinking could help prevent the onset of such illnesses as Type II diabetes and Parkinson’s. That could be good news for the millions of people (like myself!) for whom life without coffee would be unbearable. 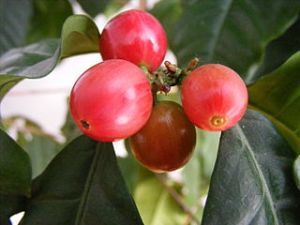 Coffee beans grow thousands miles way it travels a long way to come here and fix our mornings. In Brazil alone, where almost a third of all the world’s coffee is produced, over 5 million people are employed in the cultivation and harvesting of over 3 billion coffee plants. Its a long way to go for a cup of coffee. A billion-dollars global industry, coffee itself is a profit commodity, at the mercy of mother nature (bad weather, plant diseases and pests can ruin the harvest and limit suply). Over 2.25 billion cups of coffee are consumed in the world every day. An estimated 400mi mugs drank every day only in USA. In Manhattan alone, there is 182 Starbucks spread around in less than 2 miles distance of each other.

No matter what you want your coffee strong, smooth or medium, its all on its roast. It changes the coffee bean both physically and chemically.

I’ll never think of coffee as a simple beverage, or take it for granted. There was a time when coffee was just a drink, today is something more it’s a calling every morning.